Problem An unnamed Czech hospital wanted to find a solution for improving staff workflow and health-care equipment management. Missing equipment and inefficient staff workflow are pressing problems in healthcare, as ineffective work management and searching for equipment and lost items cost hospitals money and time. Especially now, in the midst of a pandemic, when those […] 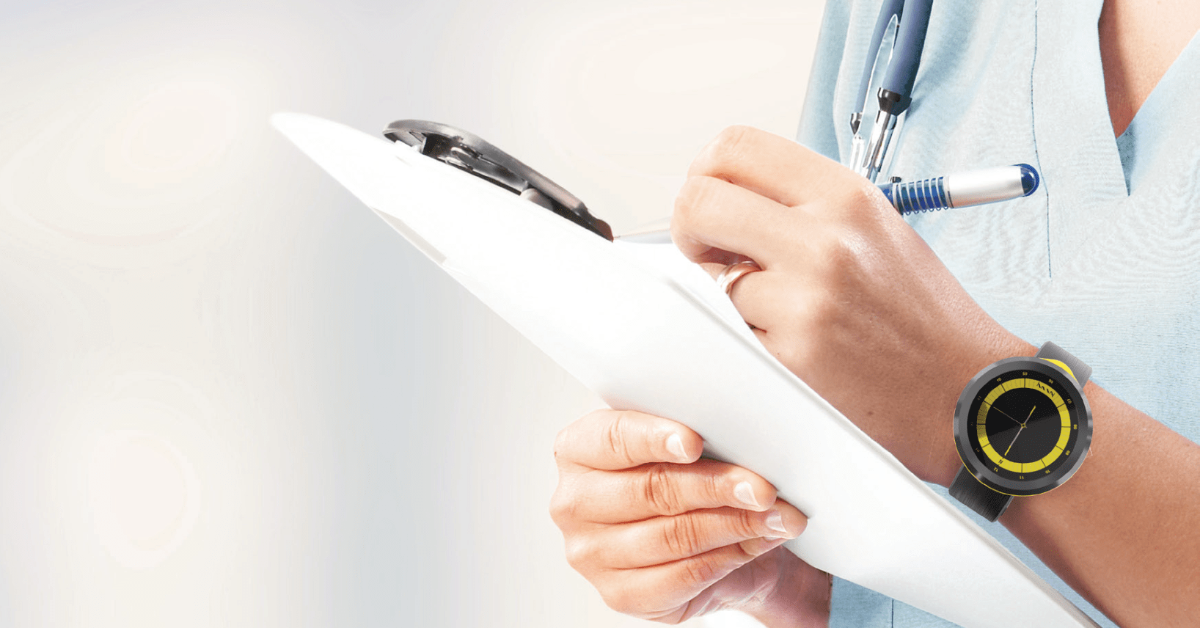 An unnamed Czech hospital wanted to find a solution for improving staff workflow and health-care equipment management. Missing equipment and inefficient staff workflow are pressing problems in healthcare, as ineffective work management and searching for equipment and lost items cost hospitals money and time. Especially now, in the midst of a pandemic, when those costs and time could be spent on healing patients.

The hospital was presented with NIVY Watch as a solution to the problem of equipment management and workflow optimization. NIVY Watch is a watch that can be worn by any employee and automatically gathers important employee and equipment data (steps, distance, time) as well as employee activities (job responsibilities). Such a device is ideal for analyzing data and indoor tracking, which can provide work optimization suggestions. A hospital material expedition worker wore NIVY Watch for a day while fulfilling his duties of transporting equipment (i.e. drugs or medical equipment) and delivering the items to their proper location. Time and location were recorded. The worker also stated his working activities, such as equipment takeover, departure from the warehouse and equipment delivery, using the NIVY Watch activity app. 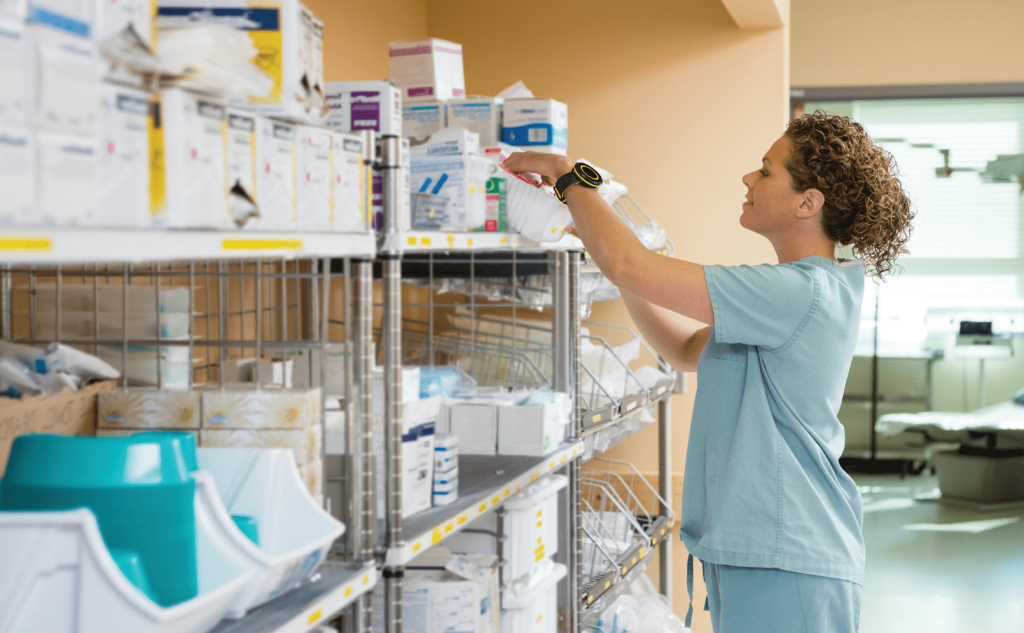 The graph below depicts the employee’s route during the day as well as three different warehouses from where he collected healthcare materials in order to deliver them to their destination (blue: materials, red: IV injections, green: drugs). The moving curve represents the expedition officer’s movement, indicating when he was in close proximity to the warehouse sensors. A horizontal line shows that the worker was not in the vicinity of the warehouse. Vertical lines suggest the times of equipment takeover and warehouse departure.

Analyzing employee data from NIVY Watch gives us valuable insight, key metrics and reports to better understand employee interaction with the working space. From the graph, we can see the employee’s working path during the day. By analyzing walking and most frequented routes of multiple expedition workers, important analytics such as neglected areas, points of interest, overcrowded space, employee count or dwell time can be identified, helping to identify the most optimal route and workplace layout.

The second graph portrays the employee’s proximity to his equipment trolley (turquoise line) and to an expedition worker office (red line). The moving curve represents the proximity of the expedition worker to the trolley or the office. A horizontal line indicates that the worker was not in close proximity to any of them. Vertical lines suggest the times of equipment takeover, departure from the warehouse and delivery of the equipment. With the help of NIVY Watch’s activity app, it is possible to identify not only when and where the employee was, but also the activities he has performed. The red circles on the graph show that the worker was at the expedition worker office for inadequately prolonged periods.

Similarly, the orange circles suggest that the worker wasn’t near the trolley or fulfilling his tasks during this period. Both the red and orange circles indicate areas where performance optimization would be suggested. However, in order to assess if the employee follows the optimal employee workflow, data from other employees will be needed. With multiple employees, key performance and dwell time across locations and time periods can be compared, thus identifying zones that need optimization. Comparing performance data would lead to operational optimization, where work processes could be improved.

NIVY Watch will also assist with important equipment tracking in addition to optimizing employee’s route and performance. The movement and equipment position can be tracked along with the paths of the employee. It is possible to identify the type of equipment that is stocked using the NIVY Watch activity app, as the employee has to claim that he picked up object A (i.e. medical gloves) from the warehouse. Finally, it is possible to locate an object and identify whether it is readily stocked and available, as the employee must state that the object has been delivered to its location. 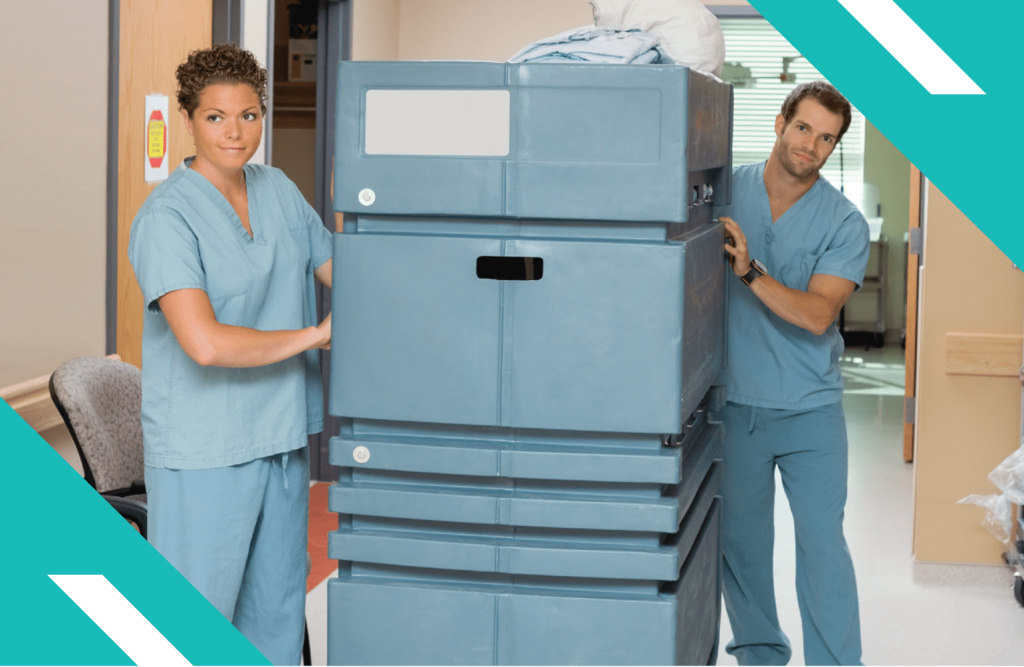 Use cases
NIVY Watch in Hospitality
The travel & tourism industry is everywhere and makes up for a whopping 10.4% of the world's GDP in 2019 (statistica.com). Whenever we visit another city, we are contributing to that number. In the US alone, 13.13 million people work directly in the hospitality and leisure industry. With all the changes over the last few years in hospitality, it is an industry that has to constantly innovate. According to Binwise.com 60% of restaurants fail within the first year and a scary 80% within the first 5 years. Clearly not an easy industry, this use case report will look at how technology such as NIVY can help.
DK
Dale Kirkwood
Industry news Product info Technology Use cases
NIVY Watch releases NIVY Data Factory 2022 based on Azure Cosmos DB and embedded Power BI analytics
Bratislava, March 15, 2022 – NIVY Watch s.r.o. announces the release of the NIVY Data Factory 2022 now with the added support of Microsoft Azure Cosmos DB and embedded Power BI analytics. Thanks to Cosmos DB the latest version of the Data Factory provides better scalability even for large companies with multiple branches as well as powerful analytics with familiar Power BI tools.
DK
Dale Kirkwood
For additional details
Get in Touch
+421 949-126-342